Description of the Righteous 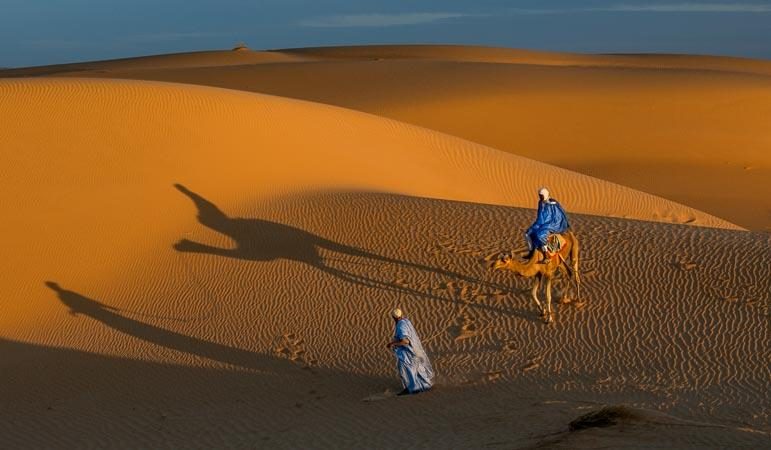 It is related that a devout worshipper by the name of Humam came to Sayedinna Ali رضي الله عنه (May Allah Ennoble his countenance) and asked him to describe the pious people so vividly that he could almost see them. Ali responded:

Their speech is truthful; their clothing is moderate; and they walk with utmost humility. They lower their gaze from everything Allah has forbidden. They allow their ears to listen only to that which is beneficial. Their souls accept exposure to trials and tribulations as easily as others accept luxurious living.

Were it not for their appointed term, their spirits would not have remained in their bodies the span of a twinkling of the eye due to their intense longing for their Lord. Because the Creator is magnified in their souls, everything else is viewed as insignificant in their sight. Their hearts are sober; people are safe from any wickedness from them; their bodies are slim [they don’t overindulge their appetites]; their basic needs are few; and their souls are chaste. They patiently endure the few days they spend in this world knowing that they will be followed by a long, peaceful rest – this is the profitable life-transaction which their Lord has allowed them to enter into. The world desired them; however, they had no desire for it. It imprisoned them, but they ransomed their souls from it [with their restraint and righteous deeds].

At night, their feet are arranged in ranks as they dutifully recite the Qur’an in slow measured tones. If they come upon a verse that stimulates [in them] longing [for the delightful things which Allah has promised] they ponder it, craving to attain them. Their souls soar due to the intensity of their longing for those delights. If they come upon a verse that frightens them [with the threat of Allah’s dreadful punishment] they hear it reverberating in the depths of their hearts. They imagine that they hear the dreadful sounds of the Hellfire in the innermost recesses of their ears. You find them kneeling down [before their Lord], begging to be liberated from the Hellfire. As for their days, they are forbearing, clement scholars. They are righteous and pious. Fear [of Allah] surrounds them, piercing them like arrows. One who gazes upon them thinks that they are sick. However, they are far from being sick. They are not satisfied with a minimal amount of righteous deeds, nor do they consider excessive amount of worship to be great. They see their faults, and they fear that their deeds won’t be accepted. If someone praises one of them, he says, “I know myself better than others [know me], and my Lord is more knowledgeable of me than myself. O Allah, don’t take me to task for what they say, and make me better than what they think of me, and forgive me for those sins which they are unaware of.”

One of the signs [of such a person] is that you observe strength in his religion. His gentleness is accompanied by sobriety. His faith is coupled with certainty. He longs for knowledge. He acts with forbearance. He lives moderately, even when blessed with wealth. He is humble in his worship. He endures poverty with dignified grace. He patiently endures trying circumstances. He seeks his sustenance from the lawful. He hastens to right guidance. He is agitated if he perceives greed in himself. He works righteousness all the while trembling,
[fearing that his deeds won’t be accepted]. His greatest concern is gratitude. He arises in the morn preoccupied with the Remembrance of God. He goes to bed at night overwhelmed, apprehensive. He rises in the morning overjoyed. His apprehension arises from the awareness of his heedlessness. His joy is caused by the bounties and mercy Allah has showered upon him. If his soul presses him with something he despises, he does not concede [to it] and withholds from it what it desires. The comfort of his eye is that which cannot be eradicated
[the reward of his righteous deeds]. His abstinence is from temporal things. He mixes clemency with knowledge, and speech with action. He expects death at any moment. His slips are few [because of his cautiousness and deliberateness in speech and actions]. His heart is content. He is easy-going. He is constantly on guard against assaults upon his religion. His lusts are dead. His anger is suppressed.

People anticipate goodness from him. They are safe from any wickedness from him. If he is in the company of the heedless, he is recorded as being mindful [of his Lord]. He overlooks those who oppress him. He gives to those who deny him. He joins relations with those who cut him off. He is far removed from any indecency. His speech is gentle. You find nothing bad in him. He is always a source of good. During calamities, he is composed. In dire straights, he is patient. In times of ease, he is thankful. He does not oppress those he dislikes, nor does he sin for the sake of those he loves. He admits the truth before his witnessing is sought. He preserves all he is entrusted with. He does not hurl abusive names at people. He never harms his neighbor, nor does he insult people when he is experiencing hardship. If he is transgressed against, he perseveres until Allah takes revenge for him. He relies on himself while he himself is a source of relief for others [they can rely on him]. He tires himself for the sake of his salvation, not burdening others in any way. His distance from those who remove
themselves from him is a form of abstinence, while his drawing near to people is from his gentleness and mercy. Hence, his distance from people does not arise from arrogance and haughtiness, nor is his closeness to them motivated by cunning and treachery.

Hearing this, Humam dropped dead. Sayeddina Ali رضي الله عنه said, “This is what I feared would happen to him.”